The ProTrak Jail Management System is built for the enterprise environment, scalable from the smallest jail to the largest prison, and designed specifically for the jail and prison operations.

BUILT FOR THE ENTERPRISE

MTI’s ProTrak JMS application is built for enterprise scenarios with distributed, clustered, and mirrored servers and large client demand. The building blocks of this enterprise solution are as follows:

ProTrak utilizes Microsoft.NET for it’s client applications. This means that the ProTrak client can run on any Microsoft Windows platform., including Windows CE, Embedded, or the latest version of the desktop.

SCALABLE FROM 1 TO INFINITY

System ProTrak is built for scalability. Whether you are a jail or police department in need of a single seat of multi-facility prison in need of thousands, MTI’s system is there to help.

For small systems with little or no local IT support, MTI can provide a cloud based server solution that allows the facility to have all of the benefits of ProTrak without the expense and difficulty of a local server.

For larger facilities, MTI can provide a server system tailored to you unique needs, or the IT department can utilize existing equipment to host the system.

The MTI system is also designed for clustering and replication. Multiple database and web servers can be combined into a local cloud that prevents total system loss due to a single point of failure. MTI can also harness the power of the latest virtualization technologies to provide a system that is easily and quickly recovered.

BUILT FOR THE JAIL, NOT THE FRONT OFFICE 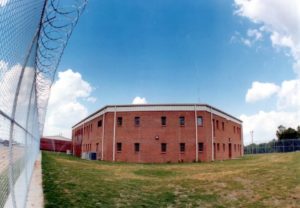 The ProTrak system is built forth eh jail and prison, not for the front office. Many times the jail management portion of an application is just tacked onto a records management system that was designed for the front office and the patrol unit, not the jail. Tasks can be made more cumbersome and often times the power of available technologies is ignored because of a focus on the data rather than the process.

ProTrak is built with the detention facility in mind. In fact, ProTrak was developed from a security and control mindset. This means that the MTI system has many standard features that aren’t even an option for other systems. These features include but are not limited to the following:

The MTI ProTrak Jail Management System is ready for your facility, whether large or small.

To learn more about this product, or to set up an account, go to https://www.mtiprotrak.com.